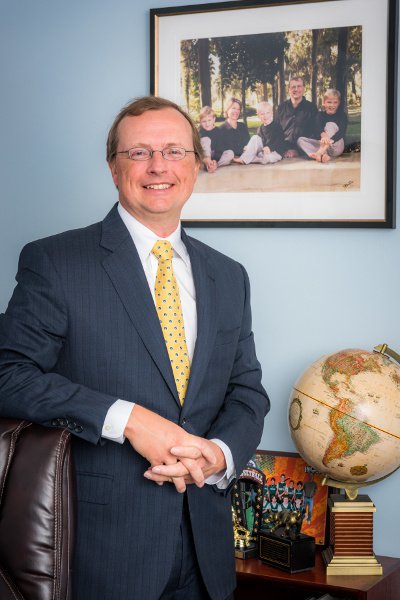 Prior to joining NIPS, Mr. Garris was a securities law attorney at the law firm of Dickstein Shapiro LLP, a large multi-practiced firm with more than 400 attorneys in Washington, DC. He specialized in initial public offerings, mergers and acquisitions and debt financing for a wide array of corporate clients, including Fortune 500 companies. Prior to becoming an attorney, he worked as an engineer at Central Maine Power Company.

Mr. Garris is the Treasurer of the Delaney Park Neighborhood Association and an Assistant Scoutmaster for Troop 24 chartered by First Presbyterian Church of Orlando. He has served as a youth sports coach on numerous occasions for Delaney Park Little League, Association of Christian Youth Sports, YMCA and Upward. He is also a member of various organizations, including Mensa, and has been a volunteer for Literacy Volunteers of America and the Veterans’ Administration.

Mr. Garris is the current host of Central Florida’s longest running radio show, which was started in 1984 by Jack Nelson. “Dollars and Sense” is heard live from 9:00 AM to 10:00 AM every Sunday on WFLA 93.1FM/540 AM . Previously, Mr. Garris was the host of “Moneywise”, a financial call-in talk show on WORL 660 AM, for five years. Mr. Garris also taught a personal enrichment class entitled “Analyzing and Solving Life’s Financial Matters” through Orange County Public Schools.

Mr. Garris married Stephanie Nelson on February 13, 1999. Mrs. Garris is the Executive Director of Grace Medical Home and previously served as the Executive Director of the Orlando Metro Area for the American Cancer Society. She is also a past President of the Junior League of Greater Orlando. They have three sons Nelson who attends Boone High School and Ethan, and Connor who attend The Christ School in downtown Orlando.

We offer a wide variety of financial services to meet any of your needs.

State of Florida Employee? Download our free booklet that explains your retirement options!

From the Desk of Joel Garris

Find out the latest thoughts and perspectives from our President & CEO

What Sets Us Apart?