We hope you are well and staying healthy.
Please know we are here to help. We are open and happy to chat by phone or video or meet in person at our office under CDC guidelines.

The State of Your Retirement Chapter 4: Shifting Sands for Current Employees – The Litany of Changes since 2008

In 2011 with the inauguration of Rick Scott and a Republican Legislature, the Florida Retirement System started to change. These changes were predicated on the aftermath of 2008 on the state’s finances. The market decline during 2008 and 2009 dramatically reduced the value of the FRS Pension

Plan assets from about $135 billion to under $100 billion. As a result, politicians embarked on a cost cutting spree that effectively reduced your retirement benefits. The effect of these changes on employees depended on whether they were in the Pension Plan, DROP or the Investment Plan. These changes still remain in place despite the improvement in state finances and the value of Pension Plan assets returning to over $140 billion.

The single biggest change was the requirement for all state employees to contribute 3% of their salary to the Florida Retirement System. For those in the Investment Plan, these monies go into their own account. For those in the Pension Plan, those monies go into the general fund of the Pension Plan. This required contribution did not apply to those employees who were currently on DROP. This required contribution continues to effectively act as a 3% reduction in one’s salary. For most employees that was particularly tough to take over the past few years given the absence of any salary increases.

Meanwhile, the biggest change for those under the Pension Plan was the effective elimination of the Cost of Living (COLA) of 3% per year that is part of the calculation of one’s Pension Plan benefit.

While the original legislation stipulated that this was a five year suspension ending in 2016, by requiring legislative action to bring the COLA back, it effectively served as an elimination of this benefit. The effect of this change is to prorate an employee’s COLA benefit across their total number of service years.

For example, if you have 25 years of service as of July 1, 2011 and worked another 5 years, your COLA benefit under the FRS Pension Plan would decrease to about 2.5% per year from the current 3%. Given that the value of the Pension Plan assets have returned to a value greater than what they were before the 2008-2009 financial crisis, the COLA benefit should arguably return. Unfortunately, there is no discussion in Tallahassee to do so.

Employees who choose to go on DROP are also affected by these legislative changes as well. Prior to 2011, DROP monies earned a guaranteed rate of return of 6.5%. After 2011, this rate dropped dramatically to just 1.3%. Over the five year DROP period, this 5.2% annual differential has a dramatic effect on reducing DROP values. 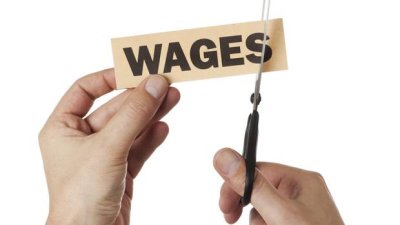 While billed as a necessary change to level the benefits between the Pension Plan and the Investment Plan, it served to disproportionately undermine the benefits of the Investment Plan. In addition, these changes in contribution rates were buried in legislation that was passed at the 11 th hour and largely occurred without much discussion with the affected employees.

Of course, the deal is also different for new State employees as well. For those entering FRS employment on or after July 1, 2011, the vesting under the FRS Pension Plan increased to 8 years from 6 years. Vesting under the FRS Investment Plan remains at one year. In addition, average final compensation under the FRS Pension Plan increased to the 8 highest years of service from the 5 highest years. The age eligibility for retirement increased from age 62 to age 65 for regular class and from age 55 to age 60 for special risk. The retirement eligibility based on years of creditable service increased from 30 years to 33 years for regular class and from 25 years to 30 years for special risk. New FRS employees will need to work longer in order to receive comparable benefits available to current FRS employees.

The bottom line on all these changes is that it affects your decision and timing on making any changes to your retirement. In the past, when employer contribution rates to the Investment Plan were 30% higher, the timing of any switch to the Investment Plan was somewhat immaterial. Now, the timing of the switch really matters. Over the years we have reviewed countless individual comparisons and while each situation is unique, based on these reviews, it seems that any move to the Investment Plan needs to be either at the inception of your career or at the end. This also preserves your second election to switch among the FRS options for future use as well.

At the beginning of your FRS career you have time to generate a sufficient balance in your Investment Plan and can take advantage of its shorter vesting requirements. In fact, we have seen some scenarios of late where employees who had initially started with the Investment Plan had the opportunity after 10-15 years to buy back into the Pension Plan and retain a significant portion of their Investment Plan balance.

In contrast, those that wait to switch at their 25 th year of service (30 years if not special risk) experience the largest run up in their projected lump sum balance in the last five years of service. After hitting these full retirement service years, the projected balance rises at a rate similar to inflation. In those cases, it may make sense to make a move in that 25 th (or 30 th ) year of service if an employee wants to go into the Investment Plan. The hardest scenarios are those with 15 years or so of service. For them, it probably makes sense to just wait things out before considering any move among the FRS options.

Where indicated, market data and performance represents past performance which is no guarantee of future results. Individual results may vary and values do fluctuate in any investment. This booklet contains our most current understanding of the Florida Retirement System and U.S. tax laws as of October, 2016. This booklet is intended to detail complicated retirement topics but is not a complete discussion as each individual’s situation is different and various exceptions exist. Nelson Financial Planning offers securities through Nelson Ivest Brokerage Services, Inc., a member of FINRA/SIPC. Please note that the information provided in this document has not been approved or endorsed by the State of Florida or the Florida Retirement System.